A broken beaker shouldn't put an end to getting great coffee-press coffee, nor should you have to purchase another whole set. This glass replacement beaker is just the thing. Use it as a replacement or as an extra. Meant to fit with all 34-ounce coffee-press sets, this style works with all Bruntmor 8-cup coffee presses. Constructed of glass with an easy-pour spout, the beaker is safe to clean in the dishwasher. Rate can't be blank.
Name can't be blank.
Email can't be blank.
Content can't be blank.
Thanks for your review! it will be published soon.
MisterBearBaby
This glass beaker appears to be an ALMOST exact replacement for the Boodum beaker and seems to be of the same general quality. The only issue is that the spout is about 1/4-inch larger and deeper than the Bodum, so that when you insert the beaker into the steel handle assembly, the beaker rests ON THE SPOUT on the top ring, not on the bottom of the handle. (A design flaw- the little spout can't take the stress from pushing down the plunger.) It would seem to be why a bunch of reviews here noted that the spout broke off. I stuck about 3/8-inch thick layer of cork adhesive circles (meant for the bottom of furniture etc) on the steel at the bottom of the handle assembly, so as to support the beaker with the spout sitting above the top ring, not resting on the top ring. See photo. I'll come back and tell how it works out after a few weeks of use. (Also- They're serious about not using steel spoons to stir the coffee, I suppose that's what cracked my Boodum.) 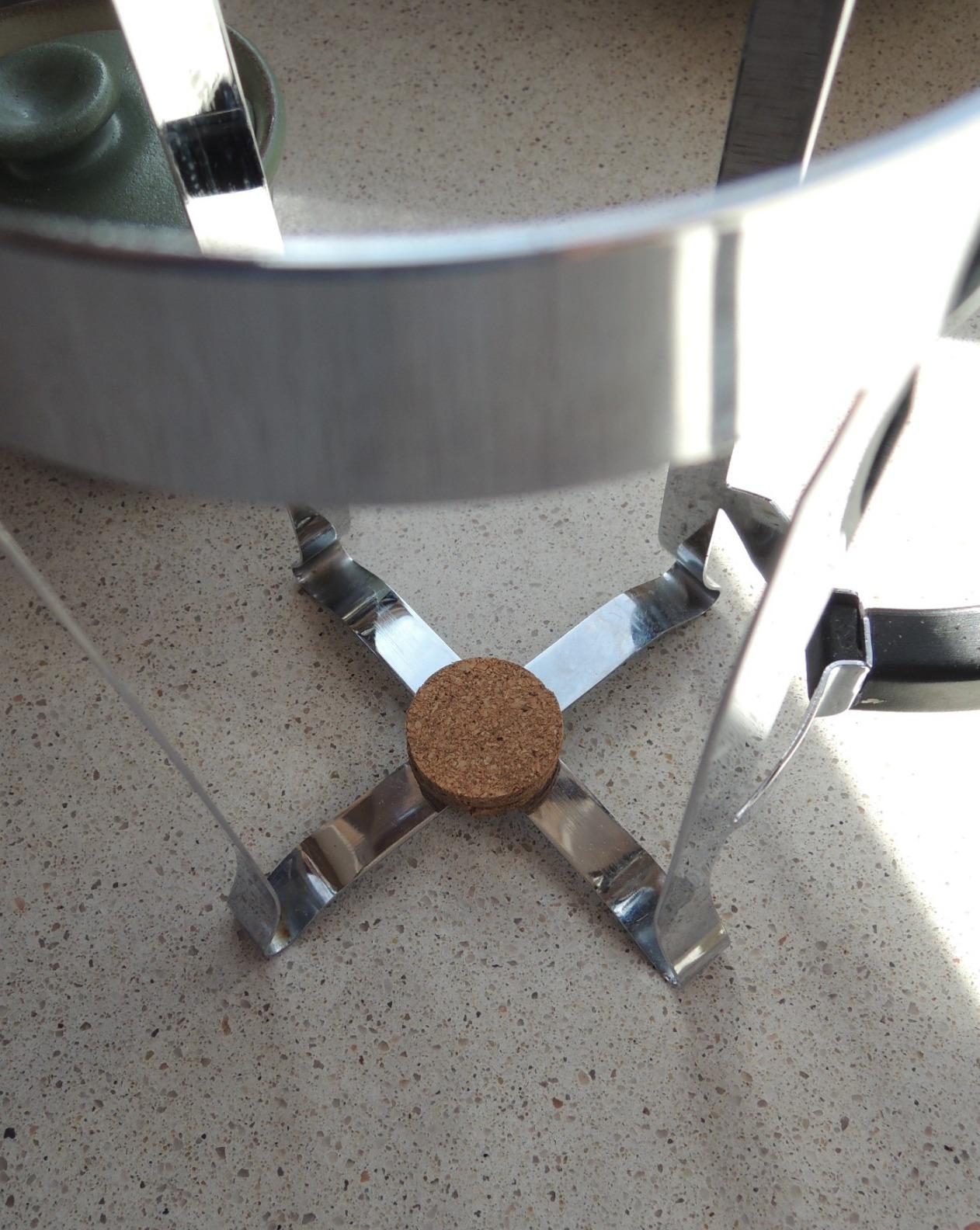 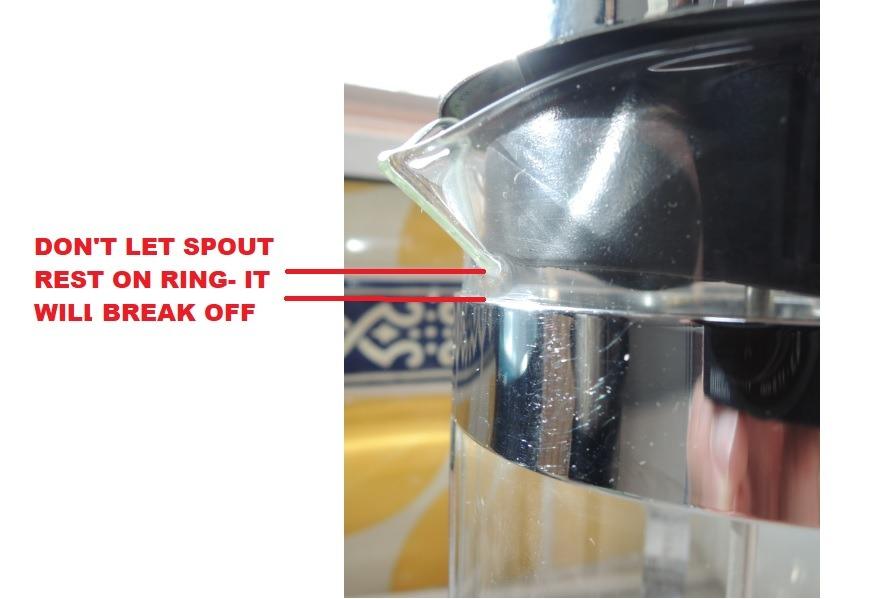 Is this helpful?
Joseph
Fit perfectly as a replacement for a broken carafe in my Kitchen Supreme coffee press. Poured without annoying drops streaming from the spout. 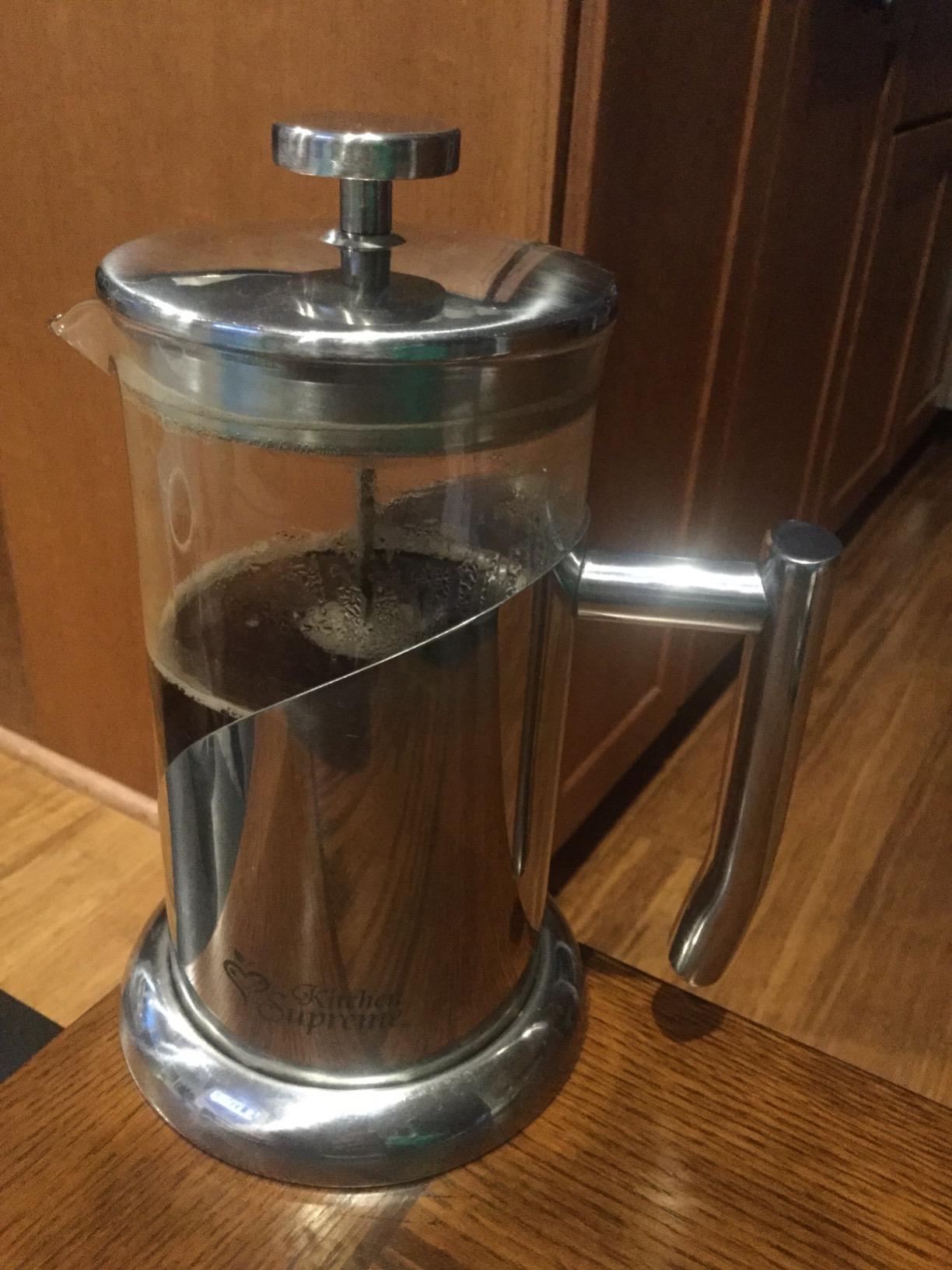 Is this helpful?
Mimi
I accidentally cracked the bottom of the glass of my french press and didn't want to purchase a whole new set. Luckily there are several replacement options on Amazon. I chose this one in particular based on the price and the measurement. My french press doesn't have a brand name anywhere so I figured no need to buy the bodum brand (which was going for $20 -- it would cost just another $5 for a new set at TJ Maxx so no thanks!)My old one measured 3 7/8" by 7". This fit perfectly. It's sliiiightly shorter than the old glassware but that's fine. The pour spout is also not centered, but for the price I wasn't expecting high end quality. As long as it fits and pours coffee in the morning, I'm good! I read some reviews that complained about how the filter doesn't go down all the way to the bottom. I tested both the old and the new one and neither glassware allowed the plunger to hit the bottom (bc the height of the glass is too tall). My last photo shows the new one on the left and the old one on the right. Hope this helps! 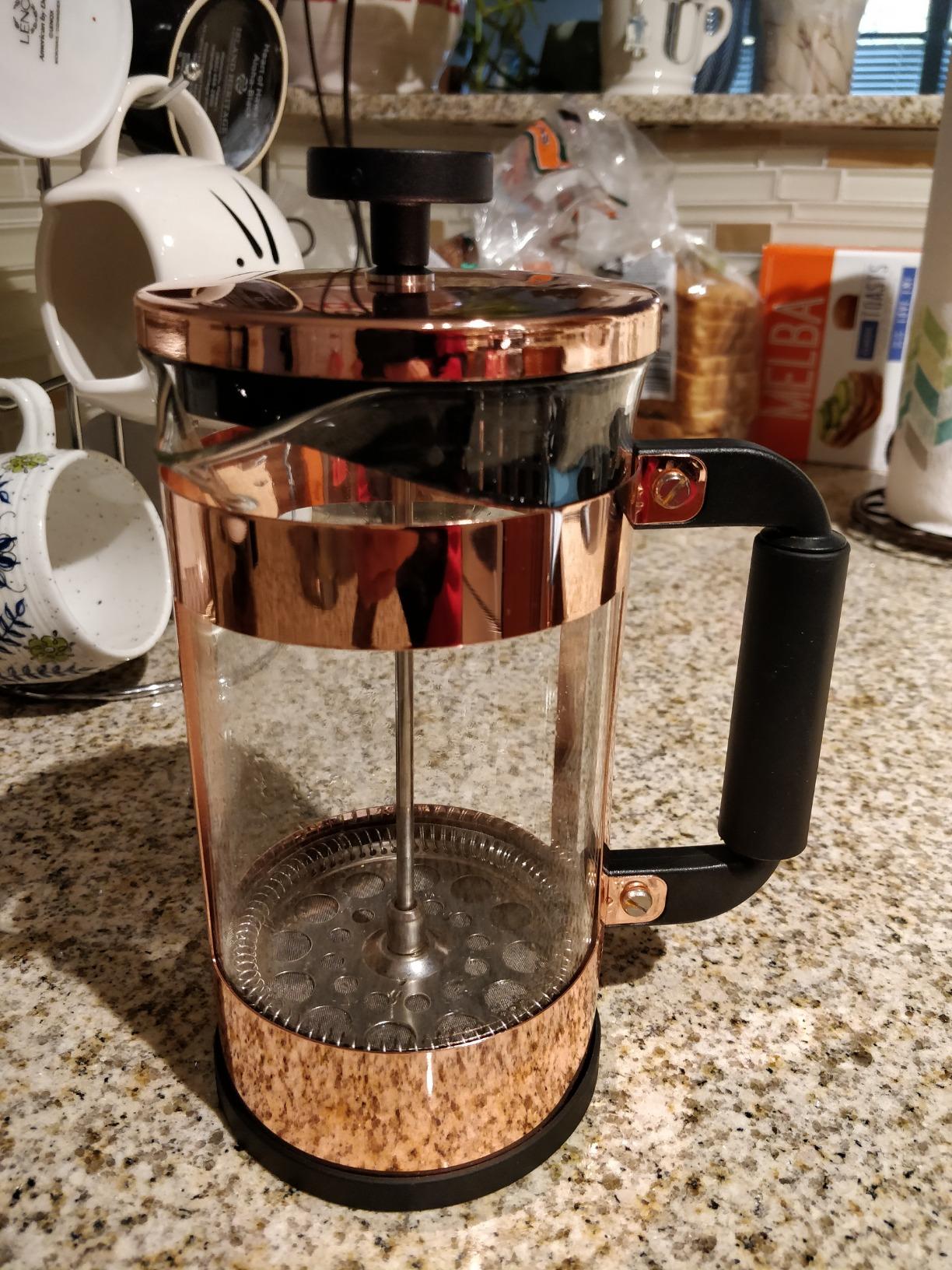 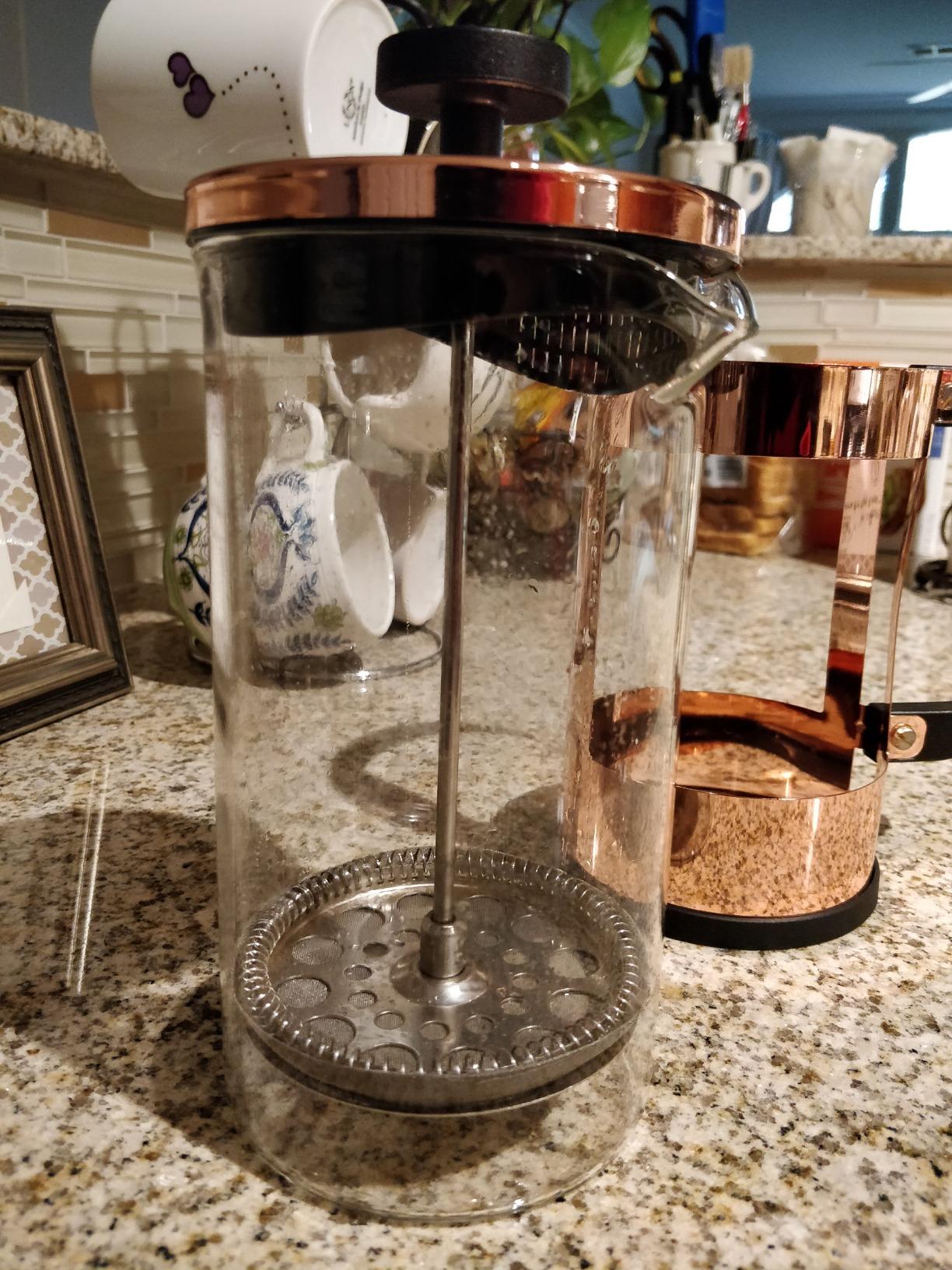 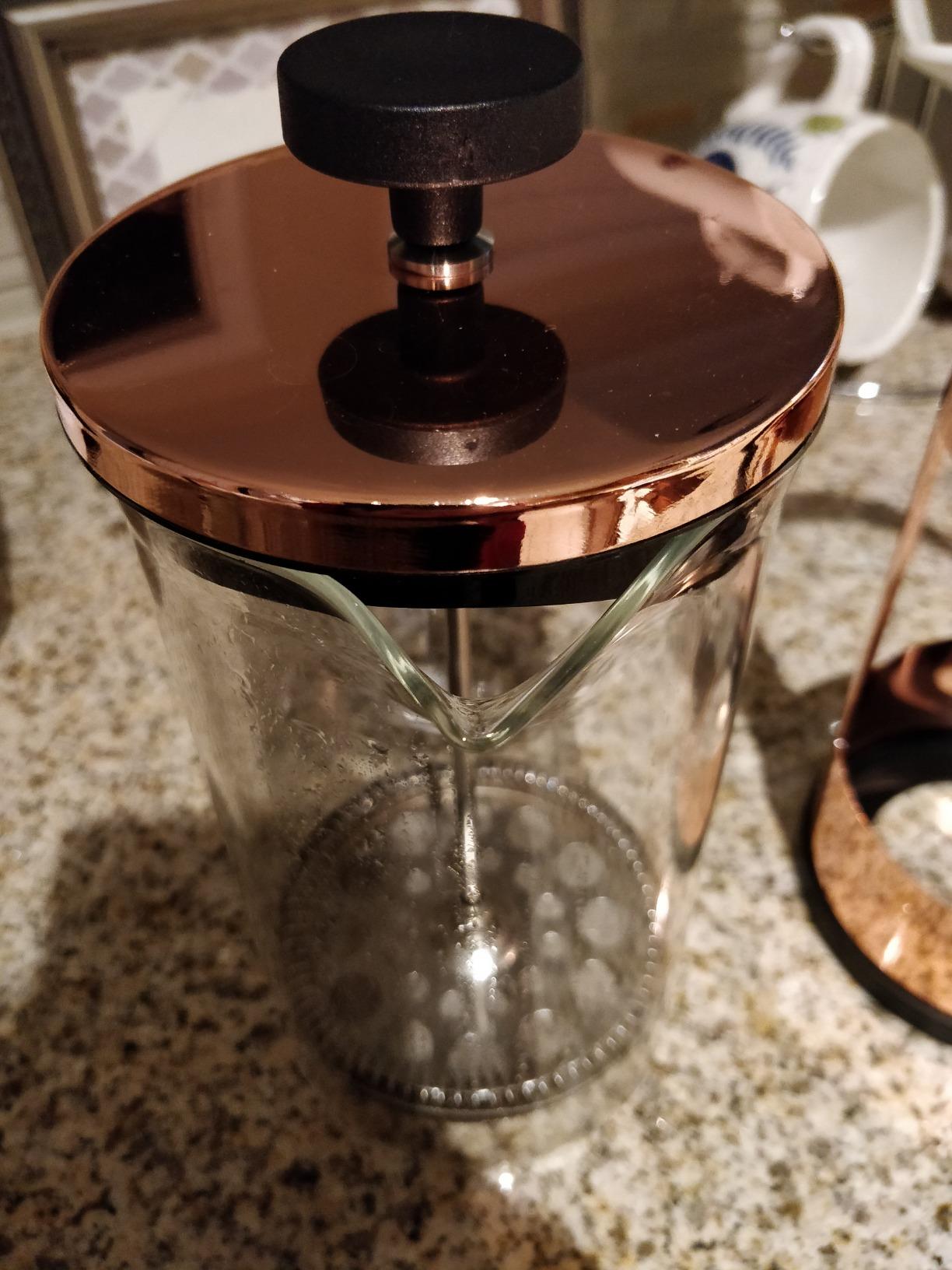 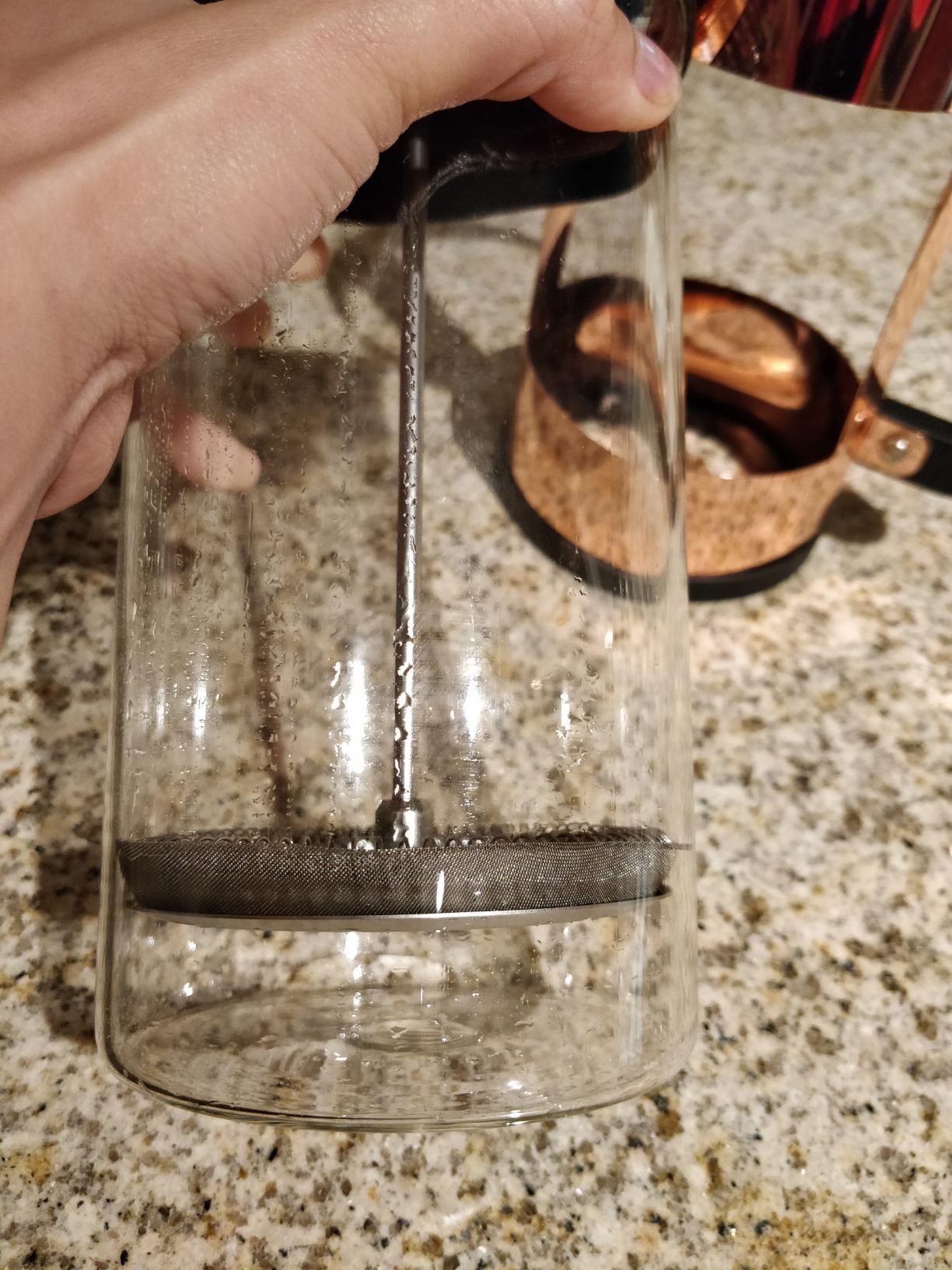 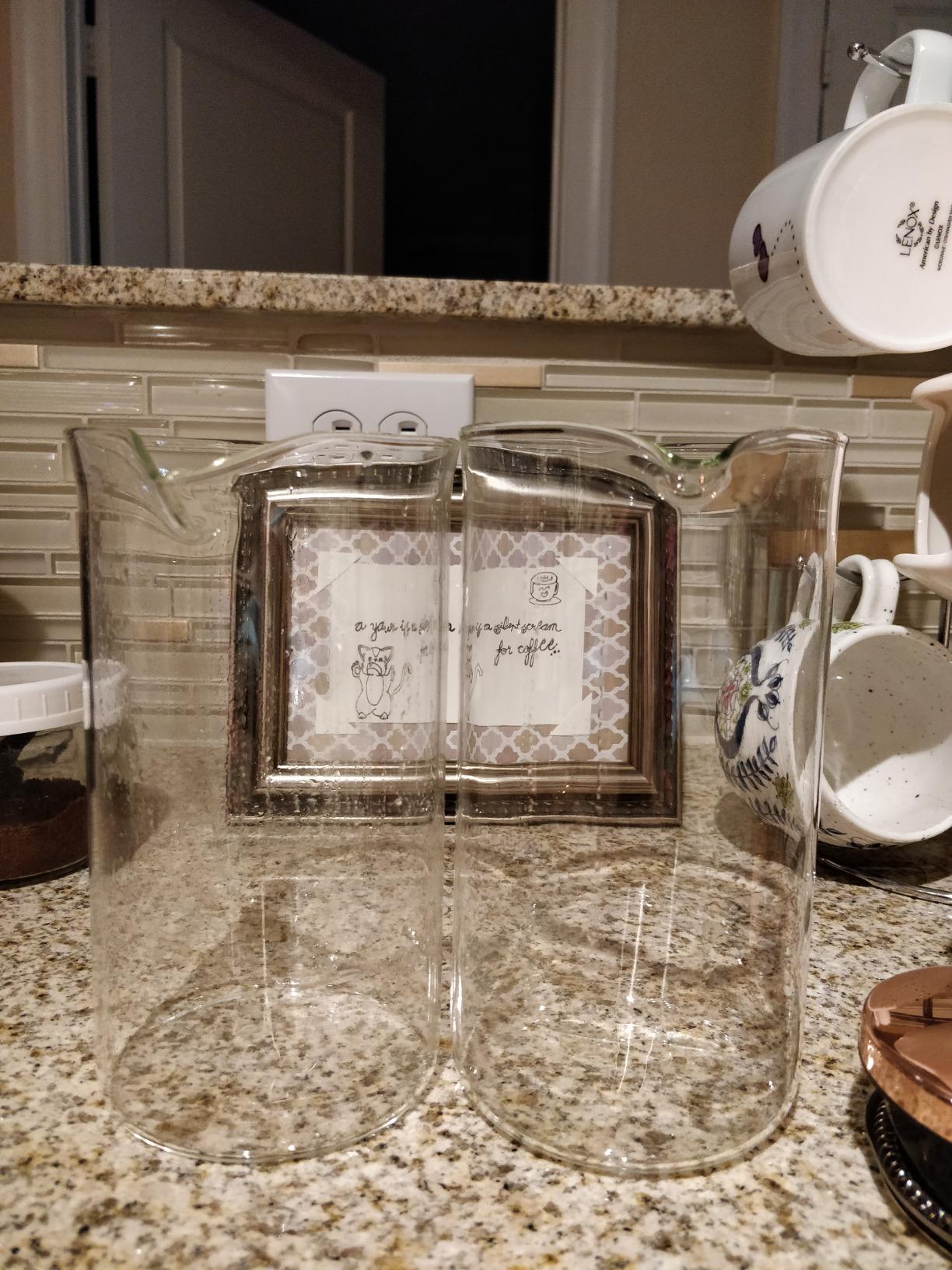 Is this helpful?
B. Mcalister
I’m a bit disappointed as it doesn’t fit my French press well (which I also purchased on amazon). It’s a bit too wide and doesn’t go all the way to the bottom of the stainless container. The French press top also isn’t a good fit...the beaker is all around too wide to fit in my press. It will do it’s job (it’s still narrow enough to not separate from the films and keeps the grounds out) but it’s not exactly universal...worth it if you don’t mind it not fitting as it’s practically half the price of others, but there’s never a guarantee it’ll fit when buying online. I guess I’m just picky! But still works so I’m appropriately satisfied. 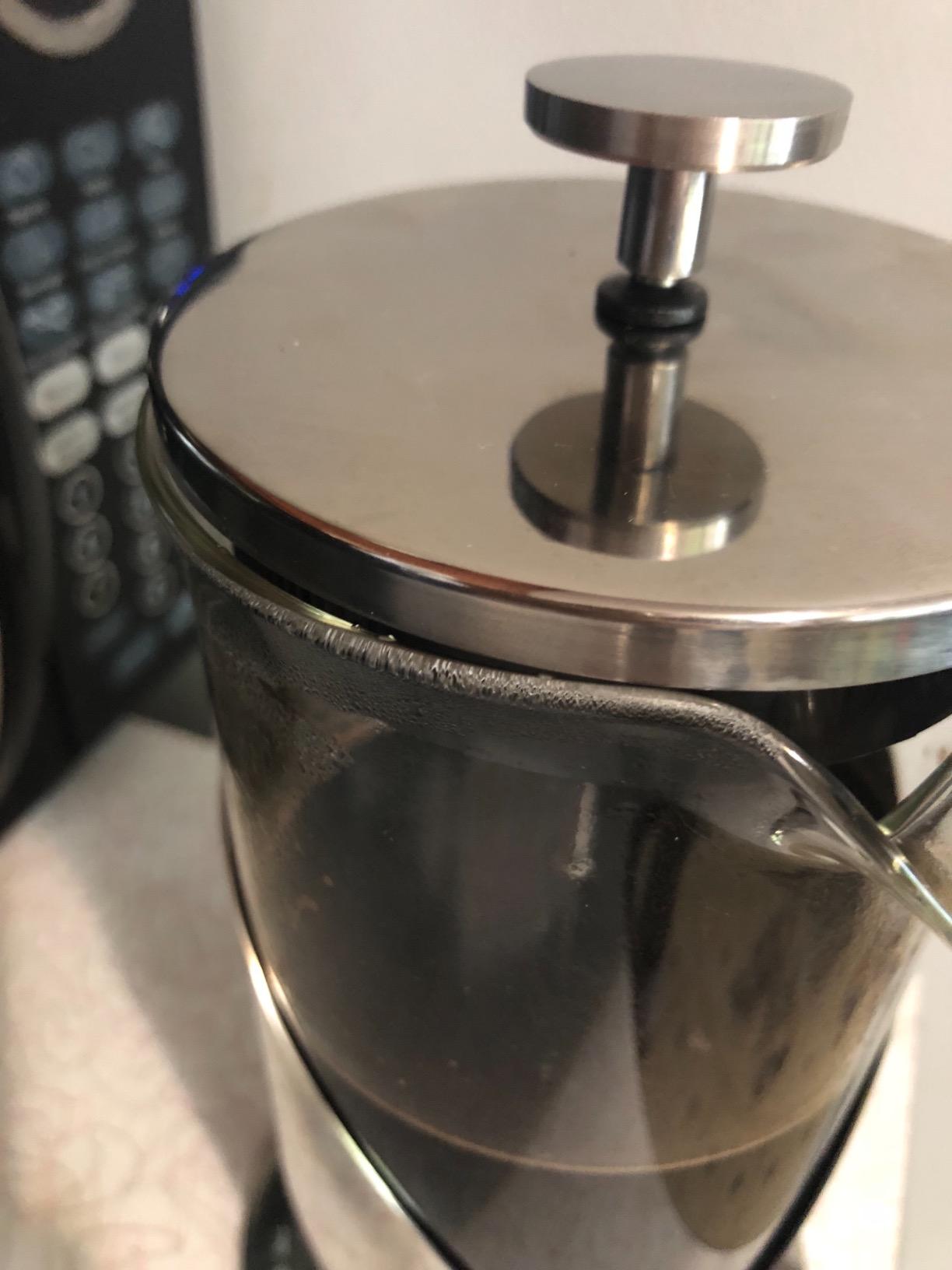 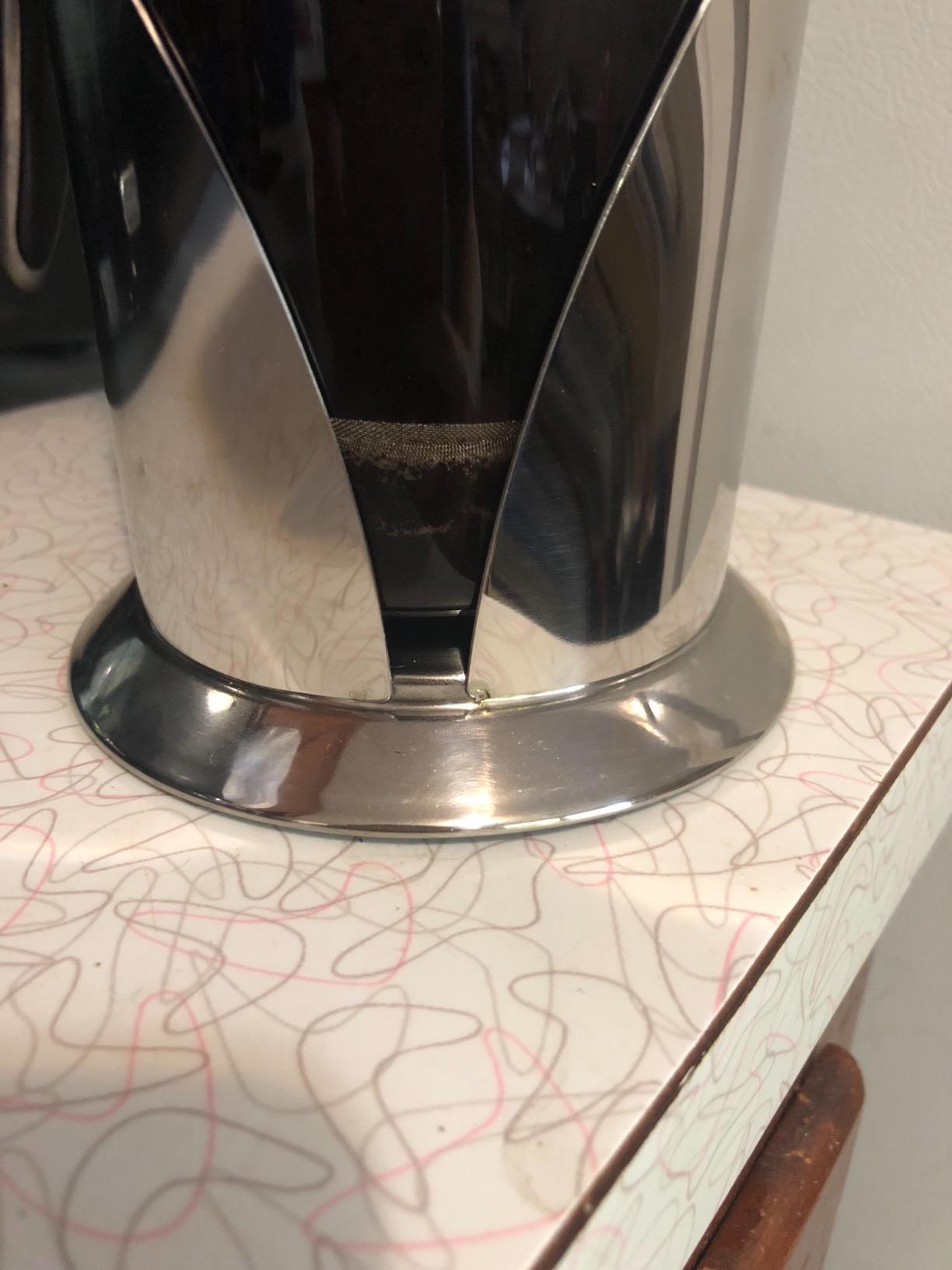 Is this helpful?
Robert Boone
I purchased 2, one for each of 2 different models of 34 ounce Bodum French Press. This beaker fits my chrome model but not my plastic model. Trying to force the beaker to fit in the red plastic Bodum caused the plastic to break where it cradles the bottom of the beaker. 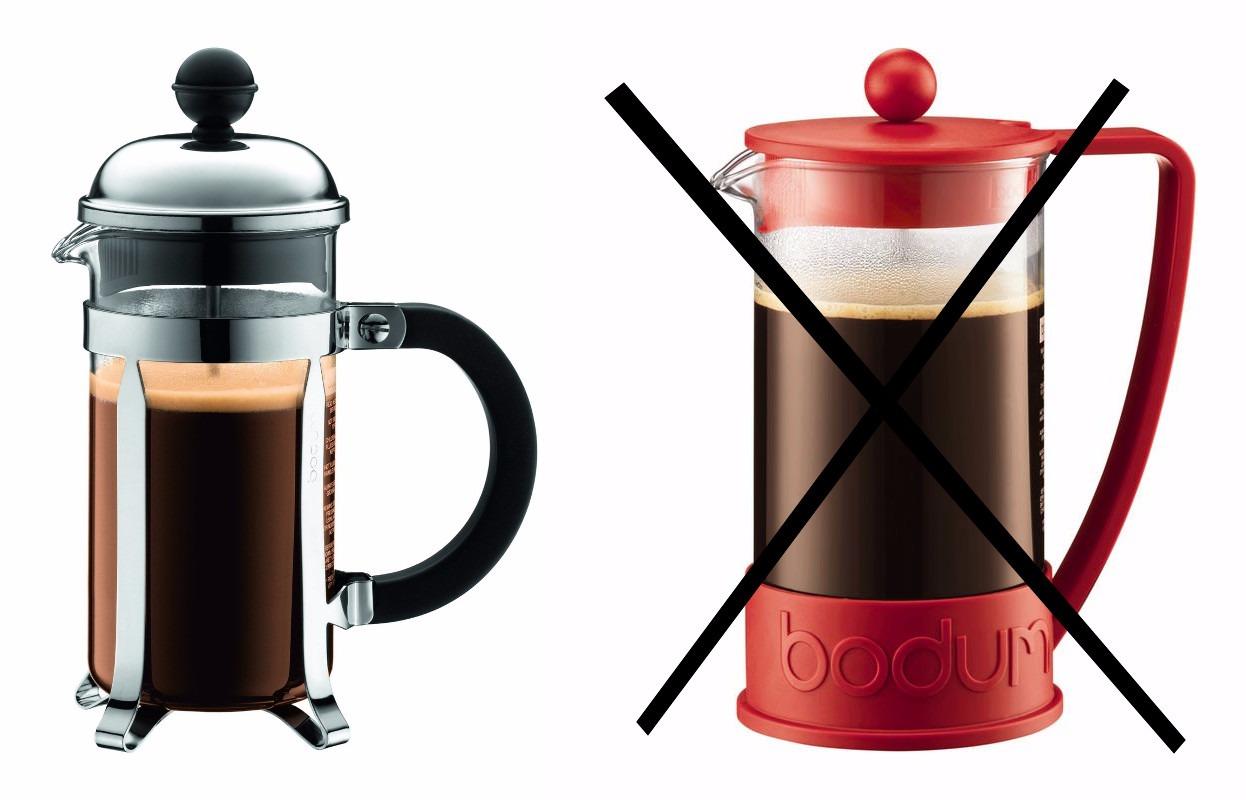